Aim: To emphasize the importance of vitamin D supplementation.

Background: The incidence of vitamin D deficiency has been increasing worldwide, probably due to decreased exposure to sunlight and unbalanced diet. Severe hypocalcemia following vitamin D deficiency is rather uncommon, and this leading to seizures in adults is a rare scenario.

Case description: This is the case of a 70-year-old female, a known case of coronary artery disease, who presented with one episode of seizure. Computed tomography of her brain revealed diffuse age-related atrophic changes, and electroencephalogram showed diffuse cerebral dysfunction. She was found to have severe hypocalcemia with secondary hyperparathyroidism due to vitamin D deficiency. Vitamin D bolus was given along with calcium correction, following which she improved.

Conclusion: There are a few reports of hypocalcemic seizures among children; however, the incidence is rare among adults. Calcium and vitamin D supplementation forms the mainstay of treatment.

Clinical significance: Hypocalcemic seizure is uncommon, especially among adults. Vitamin D deficiency resulting in hypocalcemic seizure, to the best of our knowledge, is an unreported scenario. This case highlights the importance of vitamin D supplementation in those with reduced sunlight exposure.

Hypocalcemia is a frequently encountered biochemical abnormality. Its severity can range from asymptomatic cases to life-threatening situation. Vitamin D deficiency is a common cause, but severe hypocalcemia is usually associated with iatrogenic hypoparathyroidism in a post-thyroidectomy patient.1–3 Other causes include autoimmune hypoparathyroidism, metastatic or heavy metal infiltration of parathyroid gland, end-stage renal or liver disease, hypo or hypermagnesemia, Hungry bone syndrome, and Fanconi syndrome.4 Some of the drugs responsible for hypocalcemia are bisphosphonates, antiepileptics, aminoglycosides, cisplatin, diuretics, and proton pump inhibitors.5 The symptoms of hypocalcemia include muscle spasms or cramps, paresthesia, tetany, laryngospasm, cognitive impairment, neuromuscular irritability, personality disturbances, seizures, prolonged QT intervals, and heart failure.1,2,6 Serum calcium levels are regulated by parathyroid hormone (PTH), vitamin D, and calcitonin through their effects on the bowel, kidneys, and skeleton.1 The biologically active form of vitamin D, 1,25-dihydroxyvitamin D (1,25[OH]2 D), enhances the intestinal absorption of calcium and phosphorus. Hence, vitamin D deficiency leads to about 50% reduction in gastrointestinal absorption of calcium.7

The patient being described is an elderly female with coronary artery disease who presented with hypocalcemic seizures due to vitamin D deficiency.

A 70-year-old female was brought with history of one episode of generalized tonic–clonic seizure lasting for less than 1 minute. The episode was associated with frothing from mouth, with no tongue bite or bowel and bladder incontinence. She had a post-ictal phase lasting for about 15 minutes. There were no seizure episodes in the past. She also complained of frequent muscle cramps for the past 3 months. She was diagnosed to have coronary artery disease (triple-vessel disease) about 1 month ago and advised coronary artery bypass graft (CABG). Her oral medication list comprised of aspirin (75 mg once daily), clopidogrel (75 mg once daily), atorvastatin (40 mg once daily), glyceryl trinitrate sustained release (2.6 mg twice daily), torsemide (5 mg once daily), and metoprolol (25 mg twice daily). She was mainly confined to her house, and her diet was devoid of milk and milk products for many years.

On presentation, she was conscious and oriented. She was afebrile, with pulse rate of 80/minutes, blood pressure 130/80 mm Hg, and respiratory rate 20/minutes (with saturation 94% rom air). Her systemic examinations were normal, with no signs of meningeal irritation. Trousseau sign was positive but Chvostek sign was negative.

Calcium homeostasis is maintained by the coordinated actions of PTH and vitamin D. PTH stimulates calcium resorption from the renal tubules and release of calcium from the bones. PTH also stimulates the renal production of 1,25(OH)2D from 25-hydroxycholecalciferol (25[OH]D). 1,25(OH)2D is the active form of vitamin D and promotes the absorption of calcium from the small intestine.

Vitamin D deficiency is the most common cause of hypocalcemia and is due to inadequate exposure to sunlight, skin pigmentation, skin thinning with age, insufficient dietary intake, antiepileptic drugs, and malabsorption.1,7–9 Supplementation of vitamin D is essential to prevent rickets and osteoporosis. Calcium and vitamin D supplements have also helped to prevent hip fractures among geriatric population. Vitamin D aids in decreasing the incidence of cardiovascular diseases, cancer, inflammatory, and autoimmune diseases.7,10,11

The Institute of Medicine 2010 report has recommended daily vitamin D dose of 600 IU for those below 70 years and 800 IU for above 70 years of age. The National Institute of Health recommends daily calcium intake of 1,000–1,200 mg in adults. Vitamin D deficiency states are managed with weekly dosing of 50,000 IU for 3–12 weeks, followed by maintenance doses of 800 IU daily along with calcium.12 Large single doses of 250,000–300,000 IU of vitamin D have shown to be effective at improving vitamin D levels and suppressing PTH concentrations.13,14

With only a handful of cases being reported, hypocalcemic seizures are uncommon and are seen mainly in infants and children.15,16 Our patient was an elderly lady who presented with hypocalcemic seizure due to vitamin D deficiency. To the best of our knowledge, such a scenario has not been reported yet. 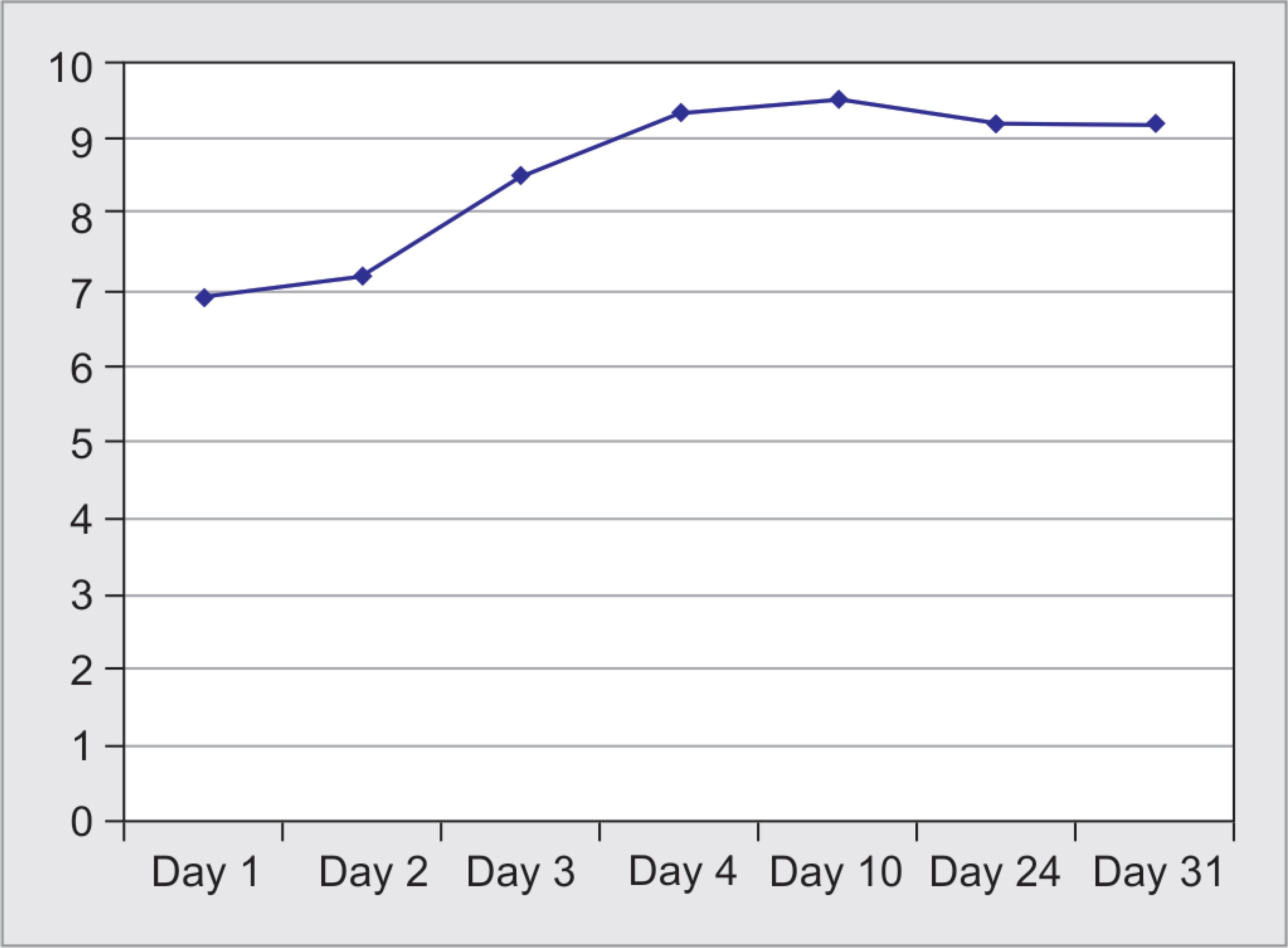 Vitamin D is required for the intestinal absorption of calcium. Sunlight is the prime source of vitamin D. However, in our current lifestyle, exposure to sunlight is less and food alone might not be sufficient, thereby leading to hypocalcemia. Hence, dietary vitamin D supplementation in the form of daily or once weekly vitamin D preparations is essential. In the current case, the patient had severe vitamin D deficiency, leading to hypocalcemia and presented as seizure.