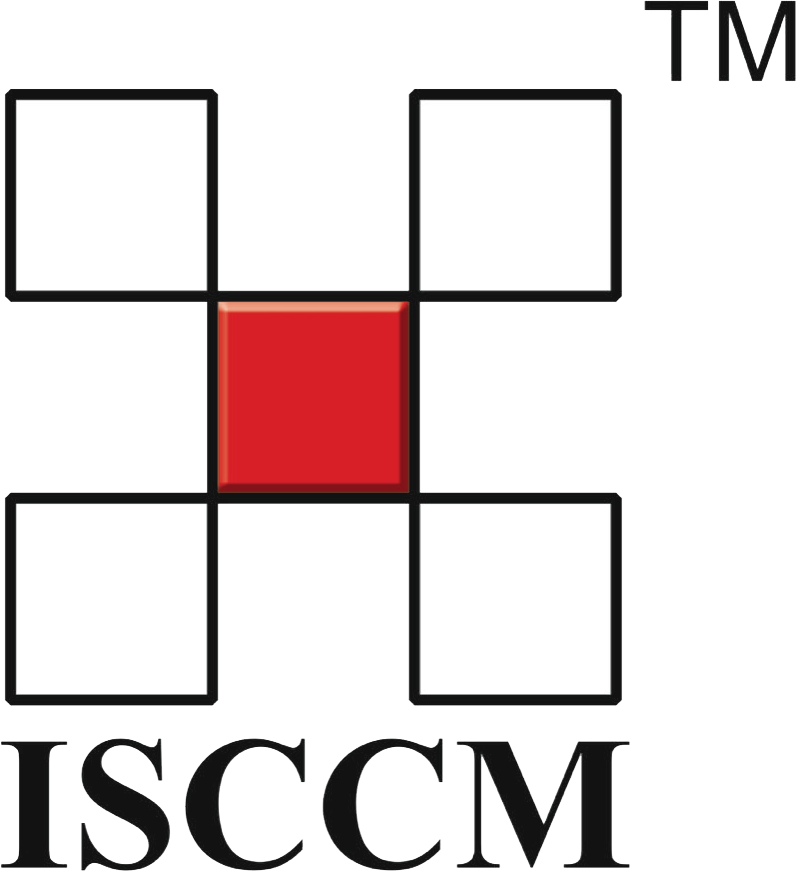 Background: The incidence of invasive fungal disease (IFD) is increasing worldwide in the past two to three decades. Critically ill patients in Intensive Care Units are more vulnerable to fungal infection. Early detection and treatment are important to decrease morbidity and mortality in critically ill patients. Objective: Our study aimed to assess factors associated with early IFD in critically ill patients. Materials and Methods: This prospective cohort study was conducted in critically ill patients, from March to September 2015. Total number of patients (74) in this study was drawn based on one of the risk factors (human immunodeficiency virus). Specimens were collected on day 5–7 of hospitalization. Multivariate analysis with logistic regression was performed for factors, with P< 0.25 in bivariate analysis. Results: Two hundred and six patients were enrolled in this study. Seventy-four patients were with IFD, majority were males (52.7%), mean age was 58 years (range 18–79), mean Leon's score was 3 (score range 2–5), majority group was nonsurgical/nontrauma (72.9%), and mean fungal isolation was positive on day 5. Candida sp. (92.2%) is the most frquently isolated fungal infection. Urine culture yielded the highest number of fungal isolates (70.1%). Mortality rate in this study was 50%. In multivariate analysis, diabetes mellitus (DM) (P = 0.018, odds ratio 2.078, 95% confidence interval 1.135–3.803) was found as an independent factor associated with early IFD critically ill patients. Conclusion: DM is a significant factor for the incidence of early IFD in critically ill patients.

Background: Trauma is a worldwide health problem and the major cause of death and disability, particularly affecting the young population. It is important to remember that pediatric trauma care has made a significant improvement in the outcomes of these injured children. Aim of the Work: This study aimed at evaluation of pediatric trauma BIG score in comparison with New Injury Severity Score (NISS) and Pediatric Trauma Score (PTS) in Tanta University Emergency Hospital. Materials and Methods: The study was conducted in Tanta University Emergency Hospital to all multiple trauma pediatric patients attended to the Emergency Department for 1 year. Pediatric trauma BIG score, PTS, and NISS scores were calculated and results compared to each other and to observed mortality. Results: BIG score ≥12.7 has sensitivity 86.7% and specificity 71.4%, whereas PTS at value ≤3.5 has sensitivity 63.3% and specificity 68.6% and NISS at value ≥39.5 has sensitivity 53.3% and specificity 54.3%. There was a significant positive correlation between BIG score value and mortality rate. Conclusion: The pediatric BIG score is a reliable mortality-prediction score for children with traumatic injuries; it uses international normalization ratio (INR), Base Excess (BE), and Glasgow Coma Scale (GCS) values that can be measured within a few minutes of sampling, so it can be readily applied in the Pediatric Emergency Department, but it cannot be applied on patients with chronic diseases that affect INR, BE, or GCS.

Background: Red cell distribution width (RDW) has been shown to be associated with mortality in cardiac surgical patients. This study investigates the association of RDW with the 30-day mortality for those patients who undergo major- or ultra-major noncardiac surgery. Methods: Patients who received major- or ultra-major noncardiac surgery between July 2012 and May 2013 were included in the study and patients those with preoperative hemoglobin <10 g/day were excluded from the study. Patients were followed till day 30 from the date of surgery or death, whichever occurred earlier. Results: The overall 30-day mortality for major- and ultra-major surgery was 11.4%. The mean RDW of the 30-day survivors was 13.6 ± 1.6 and that of nonsurvivors was 14.2 ± 2.1 (P < 0.001). Other factors that were significantly different (P < 0.05) between survivors and nonsurvivors included age, sex, preoperative pulse rate, current or ex-alcoholic, the American Society of Anesthesiologists score, diabetes mellitus, use of antihypertensives, sepsis with 48 h before surgery, preoperative hemoglobin, white cell count, sodium, urea, creatinine, albumin, international normalized ratio (INR), pH, base excess, estimated blood loss, and emergency surgery. Logistic regression revealed that preoperative RDW > 13.35% (P = 0.025, odds ratio [OR]: 1.52), INR (P = 0.008, OR: 4.49), albumin level (P < 0.001, OR: 1.10), use of antihypertensives (P = 0.001, OR: 1.82), and preoperative pulse rate (P = 0.006, OR: 1.02) independently predicted the 30-day mortality. However, the area under receiver operating characteristic curve for the prediction of 30-day mortality using RDW was only 0.614. Conclusions: Although preoperative RDW independently predicted 30-day mortality in patients who underwent major- or ultra-major noncardiac surgery, it may not serve as an influential prognostic indicator in view of its low sensitivity and specificity.

Background and Aims: There have been variable results on the practice of tight glycemic control, and studies have demonstrated that point-of-care (POC) glucometers have variable accuracy. Glucometers must be accurate, and many variables can affect blood glucose levels. The purpose of this study was to determine the difference between blood glucose concentrations obtained from POC glucometers and laboratory results in critically ill patients with intensive insulin therapy. Materials and Methods: This was a descriptive study which enrolled 300 critically ill patients. Four samples of arterial blood were collected and analyzed at the bedside with the POC glucometer and also in the central laboratory to obtain the blood glucose level. To define the effect of various factors on this relation, we noted the levels of hemoglobin (Hb), PaO2, body temperature, bilirubin, history of drug usage, and sepsis. Results: There were not any significant differences between blood sugar levels using laboratory and glucometer methods of measurements. There was a good and significant correlation between glucose levels between two methods (r = 0.81, P< 0.001). Among evaluated factors (body temperature, bilirubin level, blood pressure, Hb level, PaO2, sepsis, and drugs) which added one by one in model, just drugs decreased the correlation more than others (r = 0.78). Conclusions: The results of POC glucometer differ from laboratory glucose concentrations, especially in critically ill patients with unstable hemodynamic status while receiving several drugs. This may raise the concern about using POC devices for tight glycemic control in critically ill patients. These results should be interpreted with caution because of the large variation of accuracy among different glucometer devices.

Context: Using the first drop or second drop of blood while measuring blood glucose (BG) values. Objective: The study was planned to compare the BG values from the first and second drops of blood. Research Settings: The study was conducted at the Main Intensive Care Unit, PGIMER, Chandigarh, India. Research Design: This study was a comparative study. Materials and Methods: Ninety patients aged 2–93 years were enrolled in this study. BG values from the first and second drops of blood were taken and compared. Statistical Analysis Used: Agreement between two drops was assessed using Bland–Altman analysis. A bias of <10 mg/dl was considered clinically acceptable. Linear regression of the mean difference (bias) with the BG readings was performed. Results: One thousand four hundred and seven pairs of BG readings were taken from the enrolled patients. BG values had a bias of 3.9 ± 14.9 mg/dl. Nearly 96.7% of BG readings were within the limits of agreement. The absolute difference between first and second drops of blood was calculated; nearly 75.4% of the readings had fallen between 0 and 10 mg/dl, i.e. clinically acceptable range. Conclusion: There is no compete concordance of values of blood glucose between the first and the second drops of blood; any of the drops can be used for measuring BG values as the difference is not statistically significant. However, if hands are visibly clean and to decrease the blood loss in the critically ill patients where the BG values are measured frequently, using the first drop of blood is advised.

Phenol (carbolic acid) is one of the oldest antiseptic agents. Apart from being used in many commercially available products, in rural India, it is often used in the household to prevent snake infestation. We hereby present four cases of acute carbolic acid poisoning which we saw over the last monsoon. The cases highlight the multiple routes of absorption of carbolic acid as well as its multi-organ complications which often necessitate intensive care of local therapy decreases systemic phenol absorption from cutaneous exposure and may help in reducing severity.

Sewing machine oil ingestion is rare but is possible due to its availability at home. Chemically, it belongs to hydrocarbon family which is toxic if aspirated, owing to their physical properties such as high volatility and low viscosity. On the contrary, sewing machine lubricant has high viscosity and low volatility which makes it aspiration less likely. The main danger of hydrocarbon ingestion is chemical pneumonitis which may be as severe as acute respiratory distress syndrome (ARDS). We report a case of a 5-year-old girl with accidental ingestion of sewing machine lubricant oil, who subsequently developed ARDS refractory to mechanical ventilation. There was much improvement with airway pressure release ventilation mode of ventilation, but the child succumbed to death due to pulmonary hemorrhage.

Exchange transfusion for babesiosis when, how, and how long?

Babesiosis is a zoonotic disease transmitted by Ixodes ticks seen in the United States and parts of Europe. Because of the typically mild course of most infections, the disease is uncommonly seen in clinical practice. However, asplenic patients can develop a life-threatening infection. The first line of therapy for Babesia infections is antiparasitic medications; however, red blood cell (RBC) exchange transfusion has been described as an adjunct therapy. We describe a severe case of babesiosis in an asplenic patient and review the evidence, indications, and protocols for RBC exchange transfusion in this setting.

Central venous catheterization, though an imperative tool in the management of critically ill patient, is associated with a variety of complications and some of which can be life-threatening. Here, we report an index case in the field of critical care of detecting a missed guidewire primarily using a bedside critical care ultrasound.

Acute left ventricular dysfunction in children justifies aggressive treatment because of the high potential for complete recovery. The options for providing mechanical support to the failing heart in a child include extracorporeal membrane oxygenation, left ventricular assist devices, and the use of the intra-aortic balloon pump (IABP). The IABP is a commonly used method of temporary circulatory support in adults. However, despite the availability of pediatric size balloons, the usage of IABP for temporary circulatory support in children has not been widespread. Current case report, first from India in pediatric age group, aims to aware the pediatric intensivist about the role of IABP in providing temporary mechanical cardiovascular support in managing patients with refractory low cardiac output state.

LETTER TO THE EDITOR